The important European and international scientists who came to Idrija because of the mine did not only explore its geology, but also its botany. They laid the foundations of natural science in Slovenia. Knowledge of flora has a long tradition in the Idrija environment, which began with the arrival of the first botanist in Slovenia in the 16th century, P. A. Mattioli. He was followed by doctor and naturalist G. A. Scopoli, who discovered and described several previously unknown species, including the henbane bell, Scopolia carniolica, named after him. B. Hacquet worked in Idrija as the mine doctor. Two plants are named after him: Hacquetia epipactis and Pedicularis hacquetii. F. Hladnik, born in Idrija, is known as the founder of the Ljubljana Botanical Garden. Dedicating his life to researching the flora of the Carniolan region, he discovered a plant on the Trnovo Forest area that was later named Hladnikia pastinacifolia. In his memory, the left side of the Rake walking path was named Hladnik Botanical Ledge as many famous plants flower here in the spring. H. Freyer was born to a famous Idrija-based pharmacist Karl Freyer. He spent a lot of his time to studying botany in the Idrija region and was the first to describe Daphne blagayana, a flower even Frederick Augustus II of Saxony came to see.

Famous in Idrija and its vicinity is also Primula x venusta that is a hybrid between Primula auricula and Primula carniolica. In the Upper Idrijca area, there grow several species of orchids (Orchidaceae). Also special are Alpine plants such as the alpine snowbell, the flower of the sweet-lady, Rhodothamnus chamaecistus, and the Bertoloni columbine.

As a homage to the pioneering researchers of nature, Scopoli’s Memorial Garden is planted in Idrija – at the entry point to the Rake Walking Path. 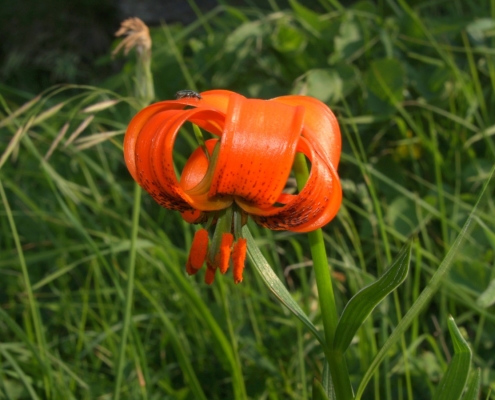 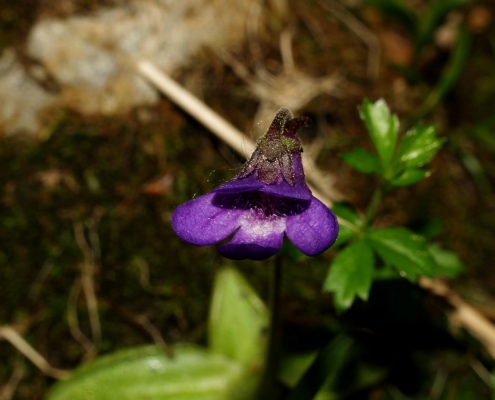 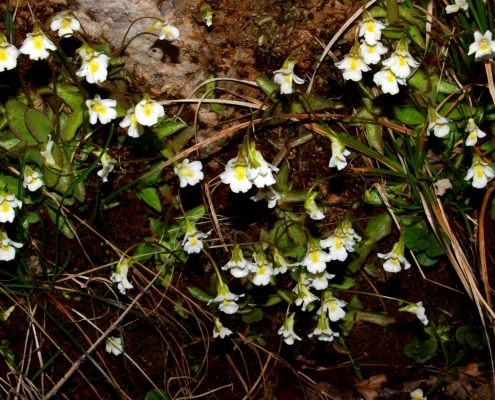 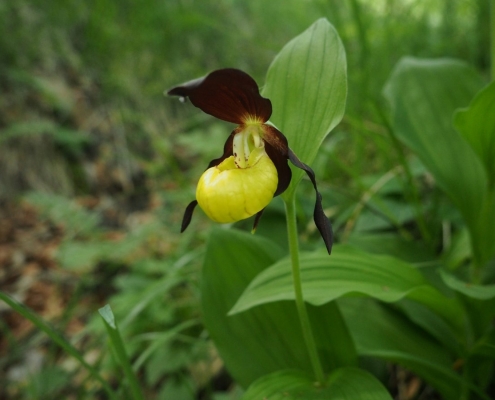 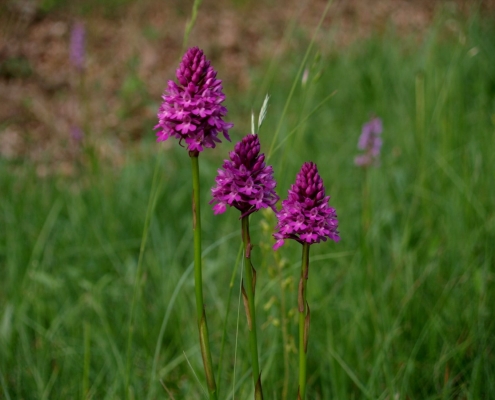 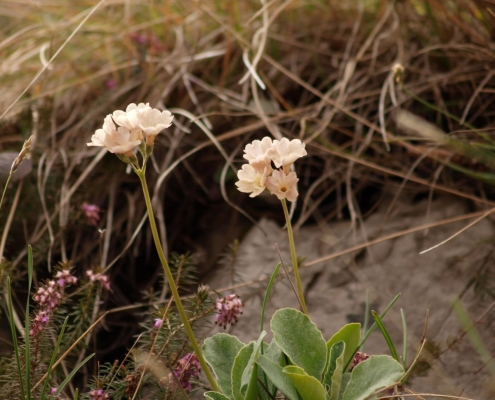 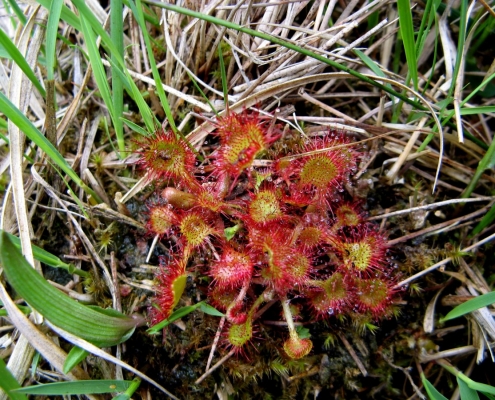 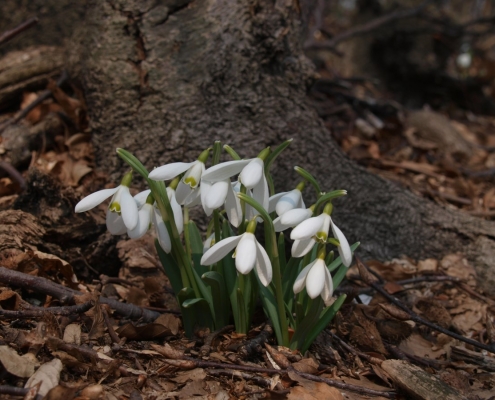 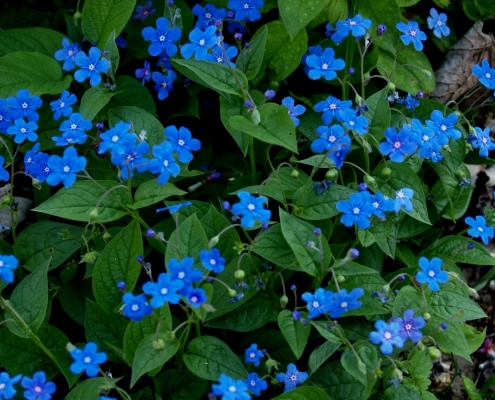 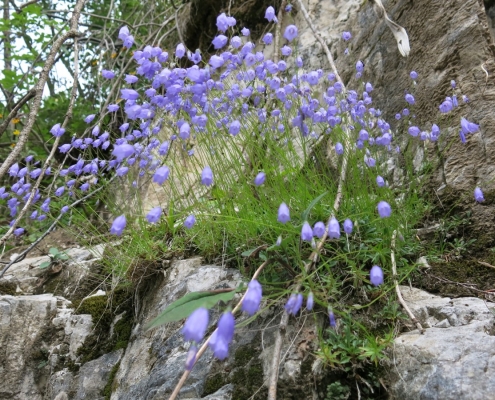 The territory covered by vast expenses of Idrija’s forests lies between the Julian Alps to the north and the Trnovo plateau to the south, and represents a passage between the Eastern Alps and the Dinaric mountains. Almost 79 % of Idrija Geopark is covered in forest, which is substantially more than Slovenian average.

The main forest community in the Idrija region is Dinaric beech-fir forest (Omphalodo Fagetum) in an altitude belt of 400 to 1250 m, while the most common trees are beech, maple, fir, spruce, and ash.

This avenue of pedunculate oak trees (Quercus robur) is situated along the Rake trail, and was planted during the construction of the Rake in 1770.

The Common Ash (Fraxinus excelsior) along the Rake trail is the largest preserved ash tree of its kind in Slovenia.

A special genetic combination of the pine tree Picea excelosa form. Virgata was named after its snake-like branches. In 2017, the tree broke during a big storm. The locals planted a sapling nearby and managed to vegetatively reproduce it.

The old linden tree (Tilia platyphyllos) in Zadlog is one of the bulkiest trees in western Slovenia.