The most important cultural heritage of Idrija is linked to the tradition of mining. Monumental technical devices and machines have been preserved. The town of Idrija and its surroundings boast a large number of cultural heritage sites, which testifies to the exceptional significance of this area for mercury production.

In early 16th century, the strategically most appropriate site saw the construction of the magnificent Gewerkenegg Castle (the “mining castle”). The private owners of the mine had it built to defend the mine from the Venetians and the Turks, to store mercury, and to lodge the mine’s management. Today, it is the seat of the Idrija Municipal Museum. Its central exhibition focuses on the incredible 500-year history of the town and the mine, the second largest mercury mine in the world. The stories of Idrija’s past and of its inhabitants, the miners and the lacemakers are presented with objects, photos, models, plans, and documents on four exhibitions: Five Centuries of the Mercury Mine and the Town of Idrija, Tracing Mercury: Idrija and Almadén, The Milestones of the 20th Century, and The Idrija Lace, a History Written in Thread. 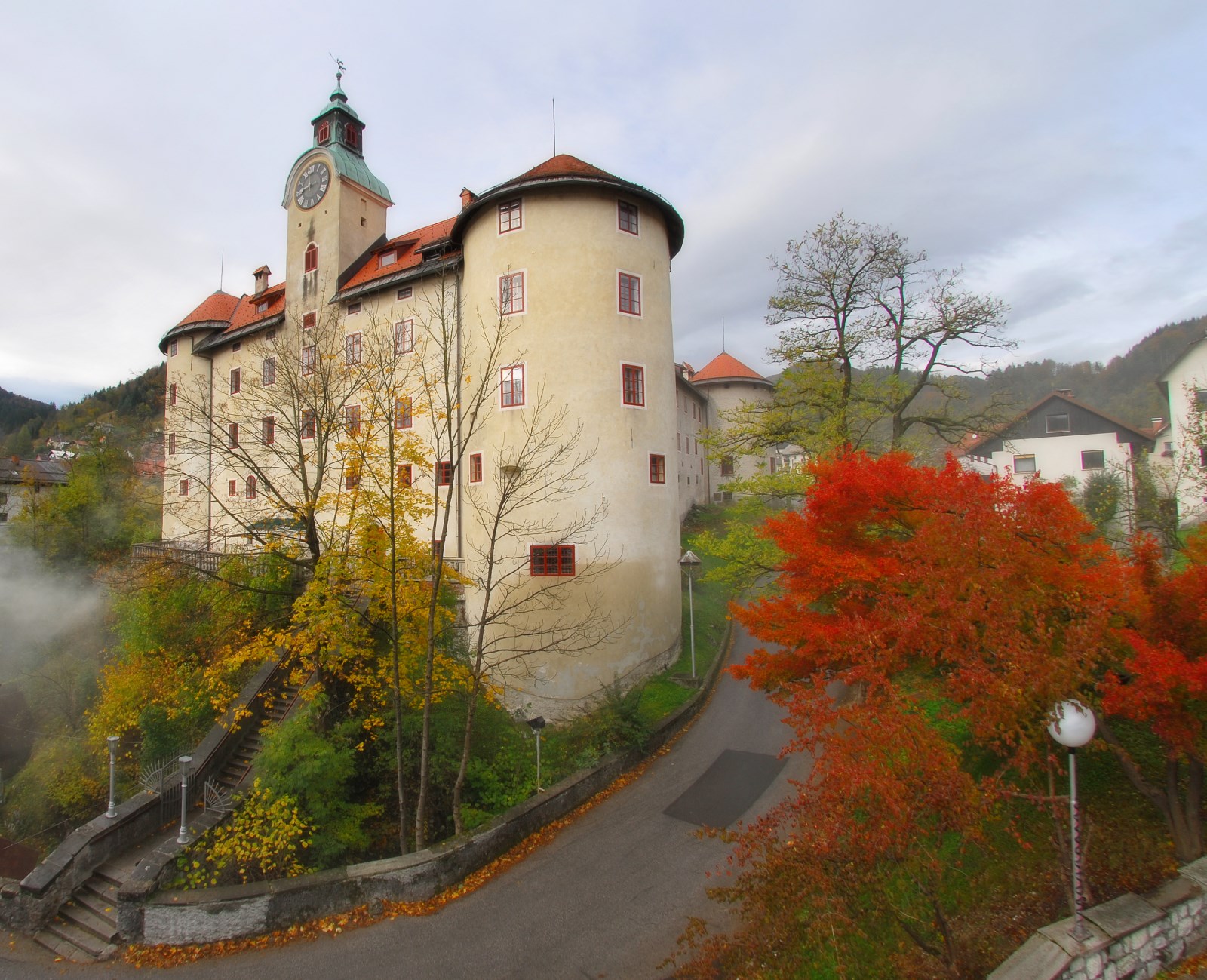 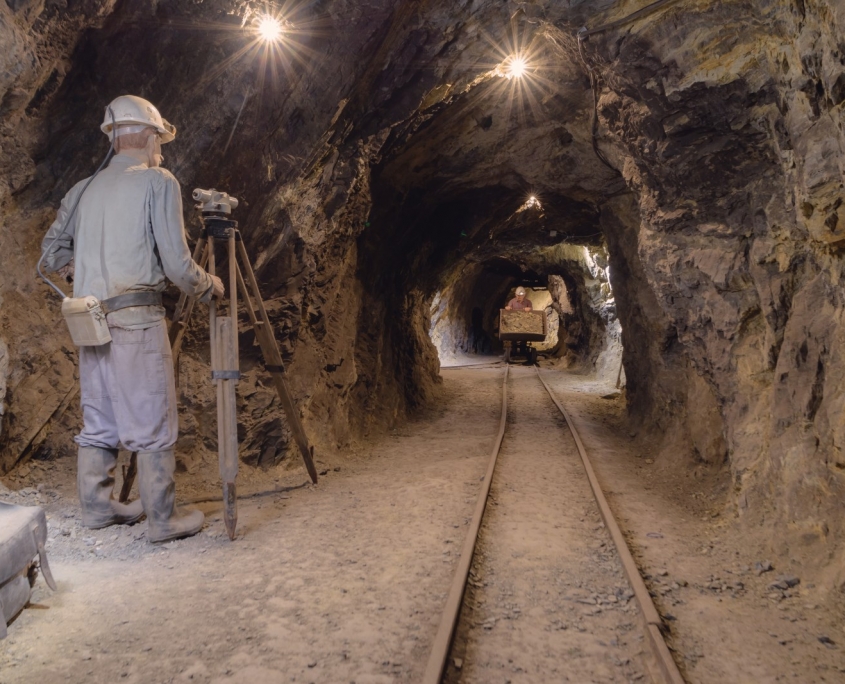 One of the oldest preserved and still open mine entrances in the world. It was dug out in the year 1500, initially supported by wood, and in 1766 built into an oval-shaped shaft. The 18th century Chapel of the Holy Trinity stands in its eastern part. Anthony’s Main Road is arranged as an underground museum where you will see various types of cinnabar ores as well as traditional and modern ways of mining.

Through five centuries, ore smelting developed from the most basic coal-fired piles in the 16th century to sophisticated rotary furnaces in operation until 1995. The Hg Smelting Plant includes the cableway end-station, the ore separation and crushing plant, the conveyor belt, the collection silo, the rotary furnace, and the smoke chamber with pipelines and chimney. The complex is home to a contemporary Visitor Centre where you can get to know the meaning and importance of this unique liquid metal through experiments, animations, videos, and Hg-based machines.

Originally a miners’ settlement dating from the 15th century, Idrija developed into a town in the 17th and 18th centuries. The narrow town core has a typical small-town bourgeois architecture (administrative and residential buildings). The town has typical miner’s houses and miner’s residential buildings known as prhauzi.

Magazin – A large, single-storey building that was later used as a silo was built in Baroque style in Idrija’s old town centre in 1764. The silo was used to store wheat and other foodstuffs used to pay the miners. Plaques dedicated to important personalities (Jožef Mrak, Marko Vincenc Lipold, Balthasar Hacquet, Franc Anton Steinberg, Ivanka Ferjančič, and Henrik Freyer) in Idrija’s history were put up on the facade of the warehouse).

Built in 1769, the theatre is the oldest theatre building made of stone in Slovenia. The building testifies to the rich and diverse cultural heritage of Idrija, which includes theatre production. The theatre was renovated on a number of occasions, but has retained its look to a present day. 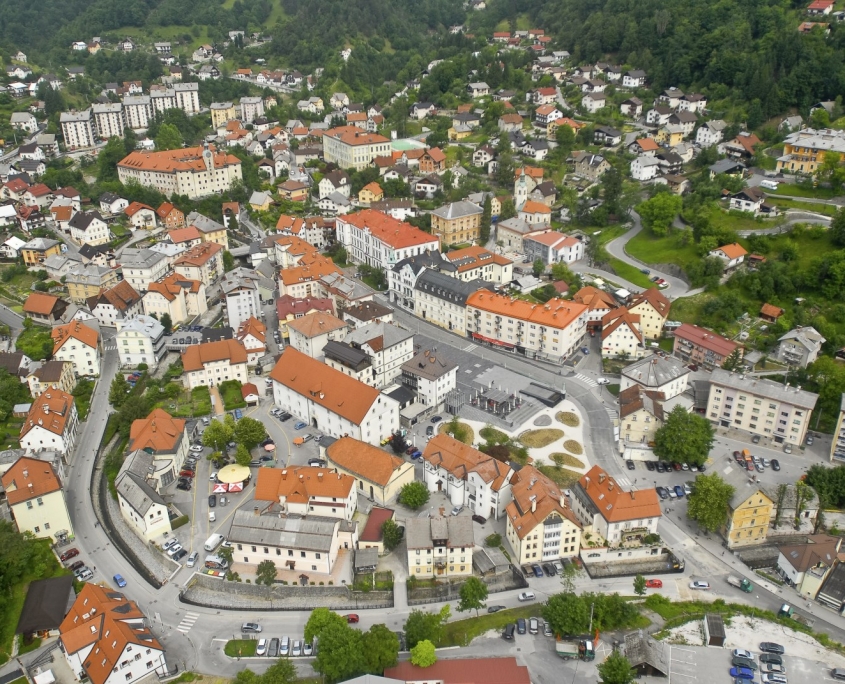 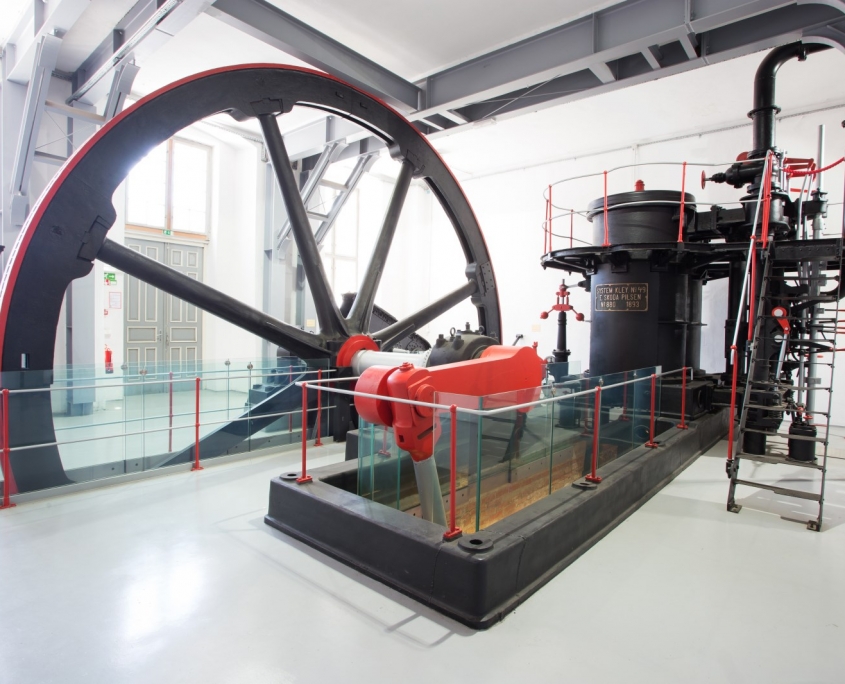 Francis’ Shaft dating from 1792 used to transport miners and materials up to a depth of 272 metres. Exhibited in the entrance building of Francis’s Shaft are mine machines and devices that are partly still operational. Among these is also Kley’s pump from 1893, which for fifty years was used to pump water from the pit. According to known data, this is the only preserved pump of its kind in the world.

Joseph’s Shaft is the most important shaft for transporting materials and miners, which connected all 15 levels. It was built in 1786, but has been backfilled today. Exhibited in the vicinity are renovated mine locomotives for the transport of ore through the town. Alongside the shaft is Scopoli’s Memorial Garden, where visitors can observe the blossoming of rare plants from the surroundings, which were described by the first botanists who came to explore the Idrija region.

The Inzaghi Shaft began to be dug in 1764 and was completed in 1890. At that time, it comprised a boiler room and an engine room. Later on, a lift was installed for the purpose of exporting ore to the surface and transporting miners and equipment.

At the end of the 16th century, the Idrijca River was dammed at Kobila and the first water channel known as Rake was built. Initially, the 3.6-km wooden channel extended all the way to the centre of the town. Later, it was reinforced with support walls, and built with stone and clay. Today, it runs only from the dam at Kobila to the Kamšt water wheel.

For centuries, the water flowing in the Rake drove the mine devices known as kamšt (water pump), which pumped water and lifted ore from the pit. The last and most noble, still preserved kamšt was built in 1790 close to Joseph’s shaft. Operating continuously for a period of 160 years, it pumped 300 litres of water per minute from a depth of 283 m. Its huge wooden wheel has a diameter of 13.6 m and is considered the largest pumping mechanism of its kind in Europe.

Today, a beautifully maintained educational trail leads along the Rake. 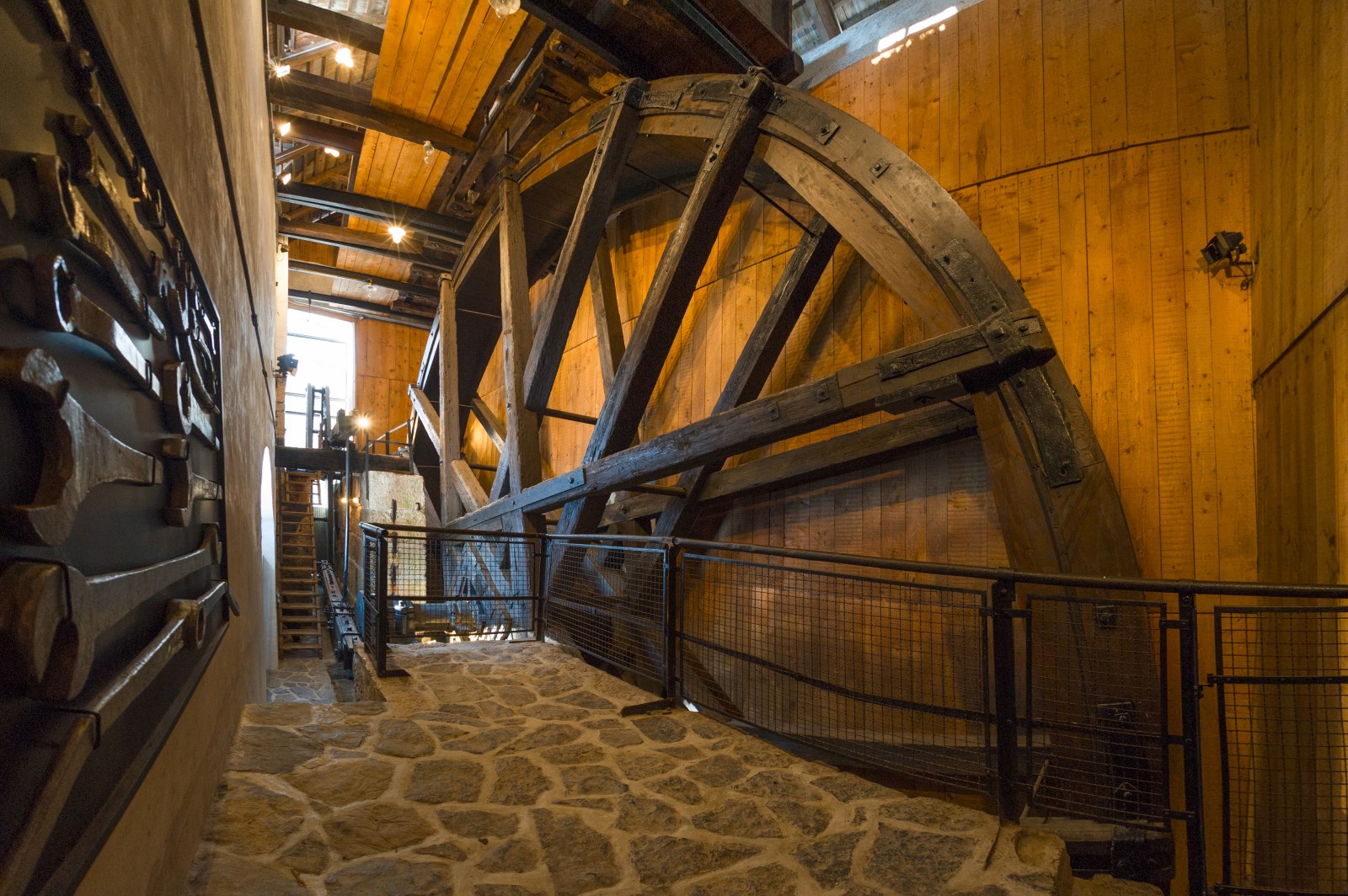 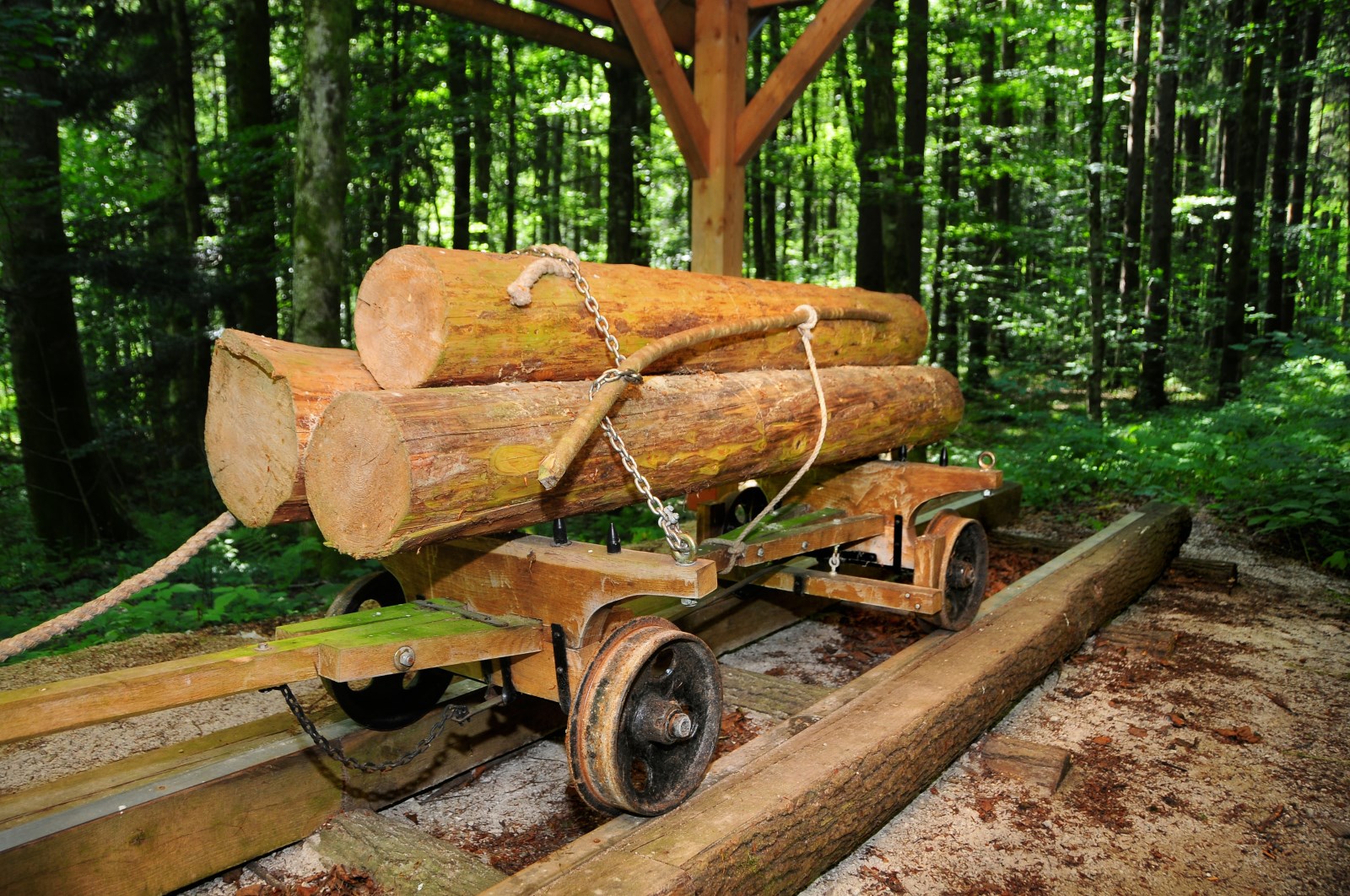 A forest railway in a length of 100 to 3000m, used to transport wood from the heart of forests to the water barriers, from where it was then floated to Idrija. Its tracks were made of wood, later wrapped in tin. On the carts (regljači), mostly timber and wood for the mine were transported from the most remote wooded areas to the river. On the way, every slope and valley was overcome with support structures so that the carts sometimes ran up to 15 m above the ground.

When the klavže floating system ceased to operate, the lauf, as the forest workers used to call the railway, came to a stop after 106 years. According to the known data, this was the first railway in the world build to log timber.

Klavže are stone water barriers with two openings (once floodgates) that served as dams to collect water and floating timber into the town of Idrija where the mine needed it in extremely large quantities. At first, timber was merely put into water, where it waited for the rain to flush it downstream log by log. This, however, did not provide enough power, especially not in the summer months, so these enormous barriers were built that could accumulate over 100,000 m3 of water. When the floodgates were opened, the dam released the water in a little over 20 minutes which took the timber to Idrija, 20 km away, where it was caught in the rakes – a unique barrier made of stakes. The first klavže built in the 16th and 17th centuries were built out of wood and were replaced with stone ones in 18th century. 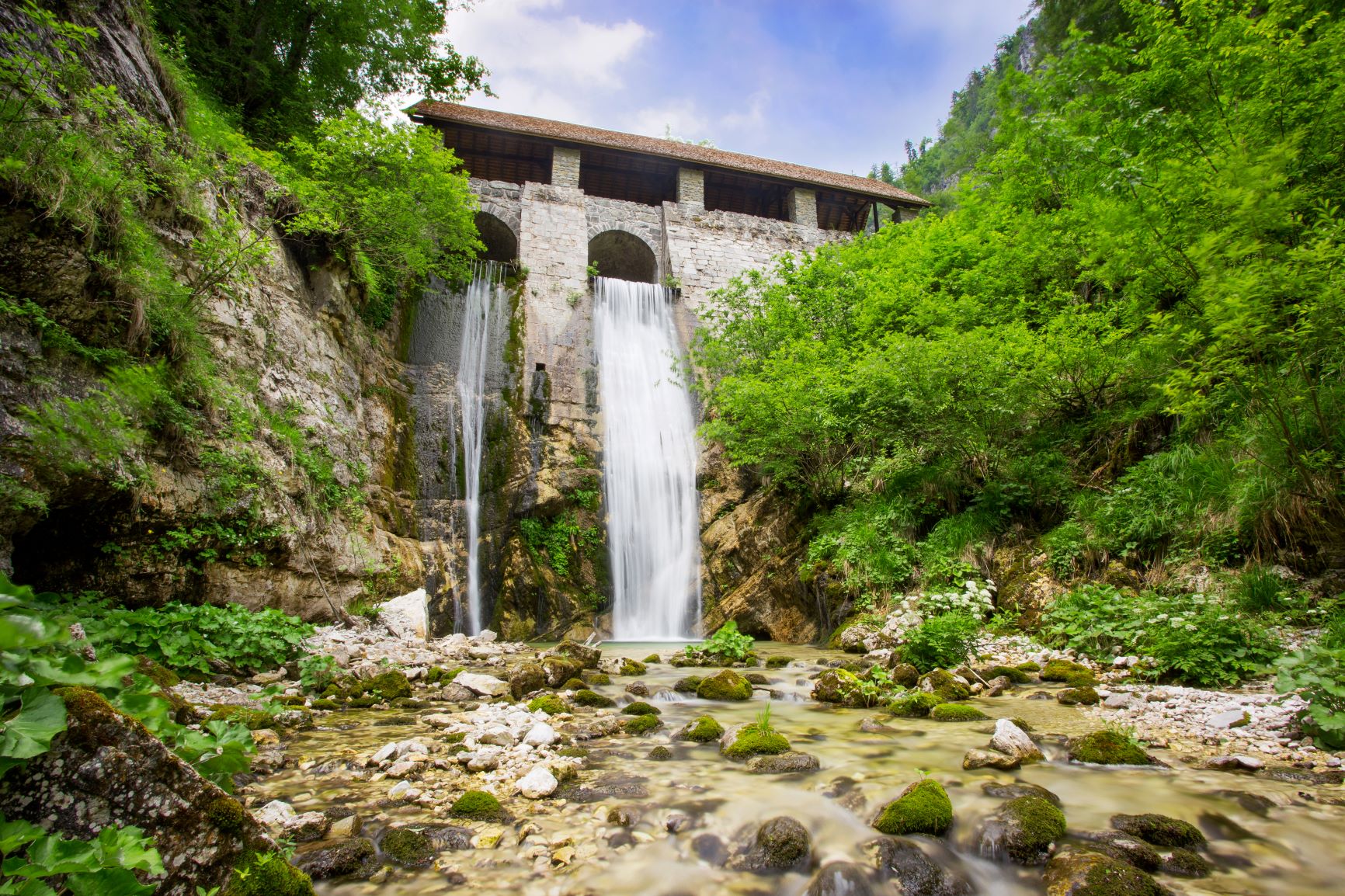