The Idrija region is known for its heritage of craft and cuisine that is recognised and protected worldwide. Most commonly, people associate Idrija with Idrija lace and Idrija žlikrofi.

Idrija is known worldwide for its Idrija lace – a hand-made masterpiece that combines a lot of knowledge and beauty. A typical feature is a lace band – broad tape lace made by intertwining threads which forms a motif. The lacemaking in Idrija started over 300 years ago. In the past, lacemaking was an additional source of income for the miners’ families and nowadays it is a rich source of artistic creativity. Its universal value was recognised when Idrija Lace was inscribed on the UNESCO Representative List of Intangible Cultural Heritage of Humanity with the joint nomination “Bobbin Lacemaking in Slovenia”. The lacemaking knowledge is preserved with the help of the Idrija Lace School. Each year, the main annual tourist event in Idrija – the Idrija Lace Festival – is dedicated to the presentation and promotion of lace.

In the countryside, handicraft was also an important source of income. Vojsko was home to nail makers and the people of Črni Vrh made wooden tubs, which were sold mainly to the nearby Vipava Valley, and woodenware.

Between 1900 and the 1960s, in Idrijske Krnice, charcoal was burned in charcoal piles. First, it was sold to Italy and later, it was used in the Idrija mine. Today, this tradition is kept alive through an annual tourist event.

Other trades that were present in the countryside were blacksmithing, weaving, rope making, and grist milling. 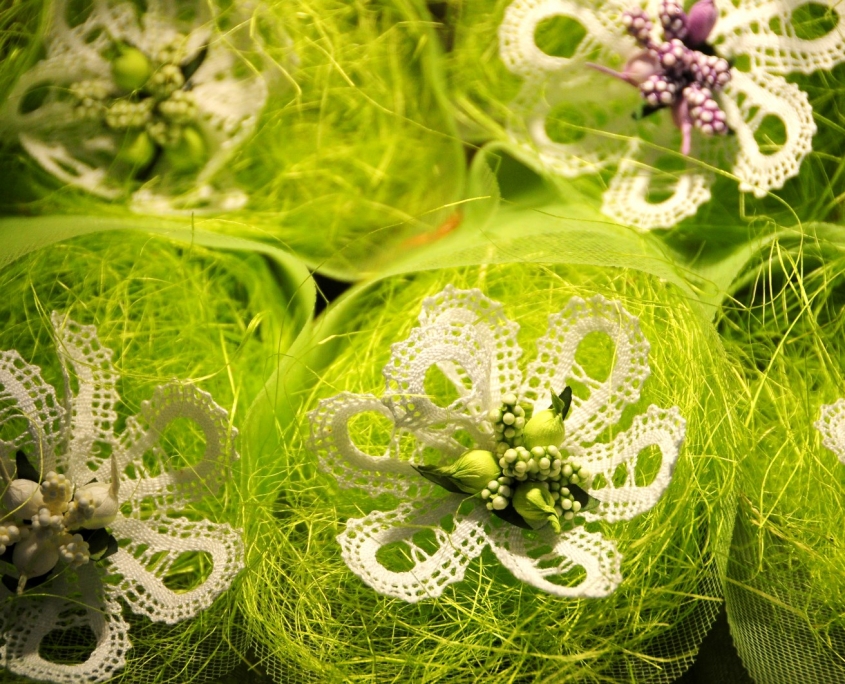 When talking about Idrija, we have to mention Idrija žlikrofi – a culinary treat made of dough with a potato, bacon/pork cracklings and herb filling that can be served with various sauces. Žlikrofi probably originate in early 19th century when a German miner’s family brought this dish to Idrija. They are now registered as Traditional Specialty Guaranteed. As a dish for special occasions, it was usually served with bakalca – a traditional mutton stew. In larger families with five to eight members, women had to prepare up to 700 žlikrofi for lunch or dinner.

They say there is a special way of eating žlikrofi: you have one in the mouth, the other one on the fork, and you are looking at the third one on the plate.

The hardworking women in Idrija have always known how to use simple ingredients to make delicious treats. Among these are: smukavc (a tasty stew made out of kale leaves), which goes well with zeljševka (rolled dough pastry with chives in a sweet or savory version) or ocvirkovca (a savory rolled dough pastry filled with cracklings).

Spodnja Idrija is known for its prfarski štruklji – cottage cheese rolled dumplings. A must in Idrija is also geruš (traditional miners’ drink with wormwood spirit) and Rezi cake with sugar lace. In the countryside, the dairy farms are focused on the production of delicious cheeses and other dairy products, and beekeepers produce high-quality honey.