The most numerous game animal in the geopark is the roe deer; it is most comfortable in area with a large percentage of forest edges. Also increasing is the percentage of red deer; during the day, it stays in the forests, but at nights, it comes to meadows and agricultural areas. Chamois can be seen in lower areas as well as in high, steep, and rocky slopes. Due to favourable conditions, the presence of wild hog is on the rise even though it is largely still transitional. The population of hares is in slight decrease due to a decrease in agricultural and grassland areas. The prevalent member of the dog family is the fox. Although it has the reputation of a thief, it is of extreme importance in the forest as it maintains the levels of rodents and removes the sick and dead animals. The vast areas of tranquil and naturally preserved forests and bearer- and fruit trees on abandoned agricultural areas enable favourable conditions for the bear that is regularly present in the geopark. Increasingly present is also the wolf that likes to stay in the tranquil parts of the forests. Wolves usually live in packs up to 7 animals that inhabit an area of up to 1000 km2. 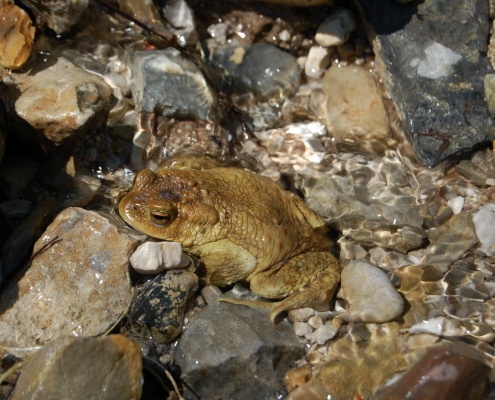 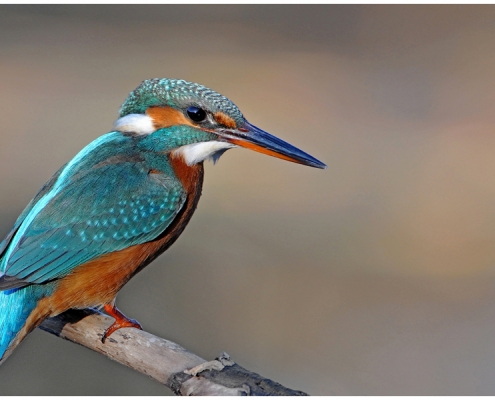 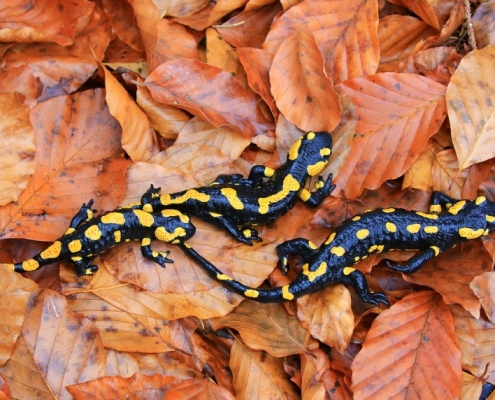 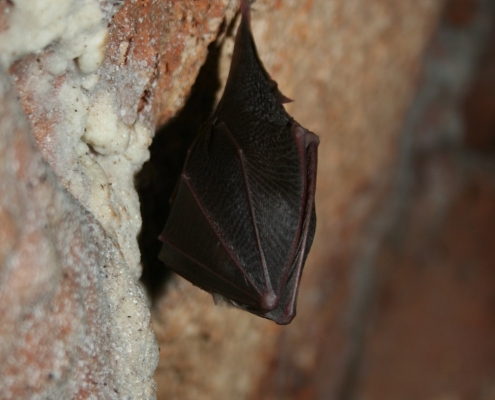 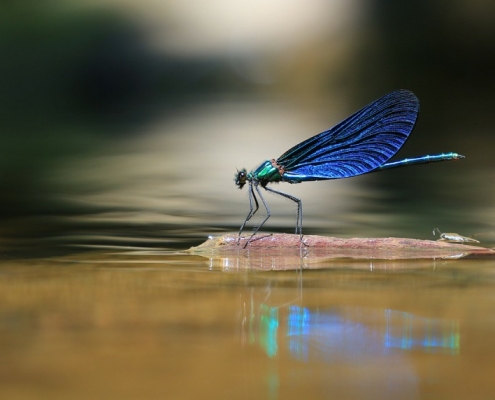 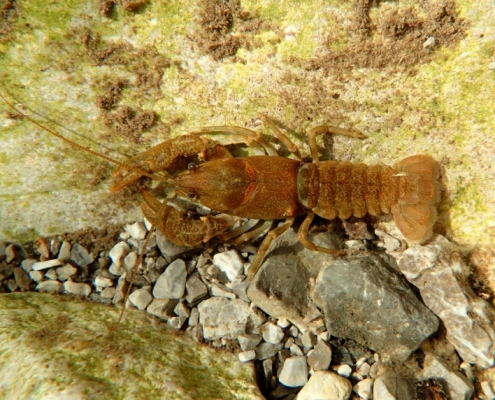 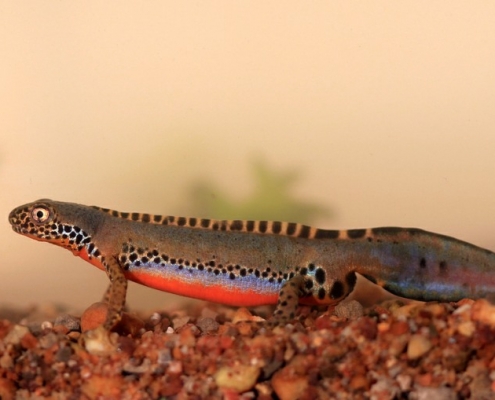 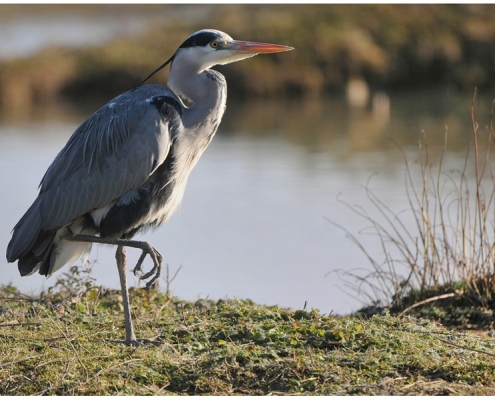 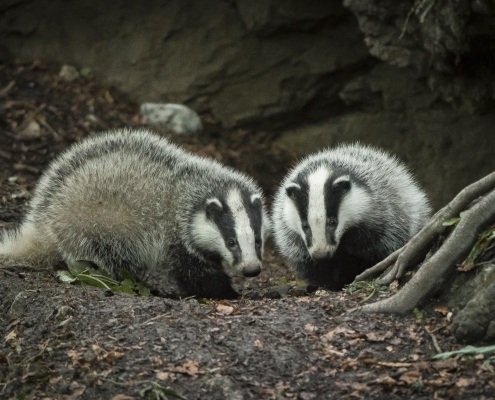 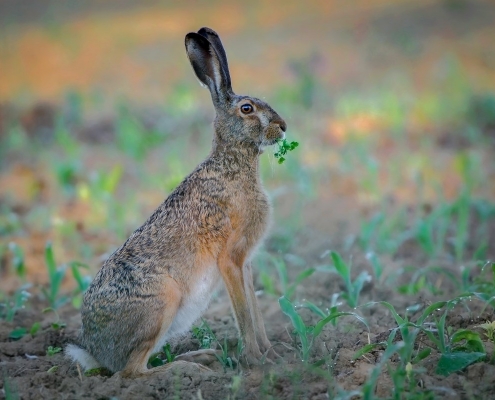 The most widespread among the martens is the beech marten with a typical white breast. Less so are the yellow-breasted pine marten, skunk, badger, ermine, and weasel. Yet more often than the animals, we can see their excrement – they use it to mark their habitat.

In the forested areas, we can find these birds: black woodpecker, wood grouse, hazel grouse, boreal owl, Ural owl, three-toed woodpecker, white-backed woodpecker, pygmy owl. Water areas are home to herons (grey heron and little and great egret), common sandpiper, little ringed plover, white-throated dipper, common kingfisher, great cormorant. All these species are protected. With the exception of hooded crow, jay, and magpie, all songbirds in Slovenia are protected. Among the birds of prey, buzzard, goshawk, falcon, and eagle are regularly present. Among the crows, regularly present are jay, magpie, raven, and hooded crow. They mostly hunt during the day, whereby they make use of their excellent vision. They live long and have a small number of offspring.

The geopark hosts a range of protected and Natura 2000 qualified species of beetles such as Morimus funereus, Alpine longhorn beetle, European stag beetle, and Carabus variolosus. These species require natural forests with a sufficient amount of rotting deciduous trees for them to proliferate. Prevalent among the amphibians are yellow-bellied toad, Italian crested newt, and Alpine newt, common toad, European green toad, and fire salamander.

Several species of bats live in the forest areas: greater mouse-eared bat, Western barbastelle, and lesser horseshoe bat. In nature, bats are an extremely important part of ecosystems. All of our bat species are endangered; they are mostly threatened by the destruction of their breeding grounds, the use of pesticides, and the increasing illumination of their natural habitat. The use of insecticides and the illumination decrease the number of bugs on which bats feed.

The beautiful and clean Idrijca River that comes to life in the heart of the Upper Idrijca Landscape Park is also a true paradise for sport fishery. Unique among the numerous fish is the typically marbled Salmo marmoratus, marble trout. Along with this trout species, you can also find grayling, rainbow trout, and river trout in the geopark area. Due to river-trout stocking, the marble trout almost disappeared in the past. Years of careful breeding and stocking of the “pure” marble trout enabled its comeback, while the hybrids between both species can still be found in the streams.

The proteus, our largest cave animal, was found in the Wild Lake. The proteus or olm is the only representative of the family Proteidae in Slovenia, and the only European vertebrate to permanently live in caves. It is endemic to the Dinaric karst, which means that its habitat is limited to bodies of water in the underground world of the Dinaric karst. In Slovenia, the proteus is protected and features on the Slovenian Red List of Threatened Species.